What Are The Types of Peanuts? 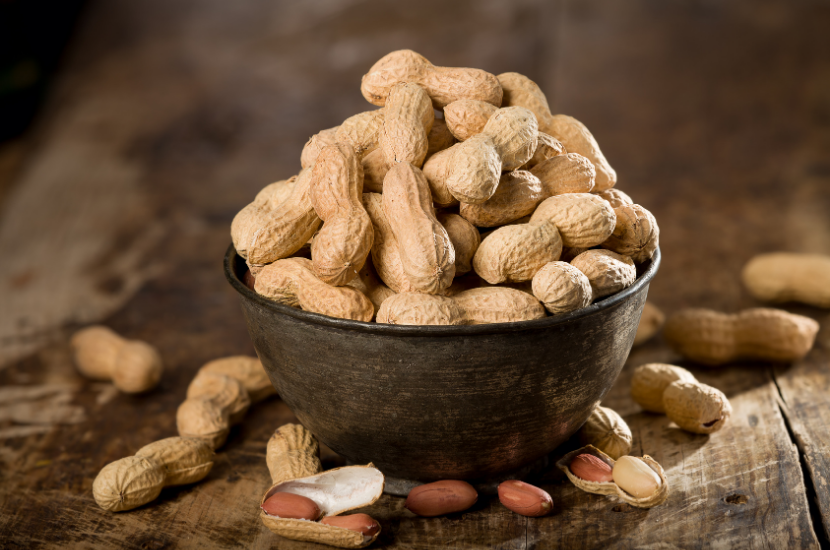 Did you know that there are four different types of peanuts? Find out more about the different varieties of this legume in this article!

All peanuts originate from the same plant, the Arachis hypogaea and hence they have almost the same genetical make up as peanuts from over 10000 years ago. However, the four different varieties that we have today is a result of natural and selective breeding. Peanuts are mostly grown in South and Southeastern US, and the different types: Runner, Virginia, Spanish and Valencia all have their different characteristics. Let us take a look at them.

Runners are the most common type of peanuts produced in the US, making about 80% of all the peanuts. They are popular among producers as they are delicious, are great for roasting and have high yields. Runners are uniform and medium-sized. 54% of the production of runners is used to make peanut butter. Runners are grown in Texas, Georgia, Alabama, Florida and Oklahoma, as these regions have sandy, porous soil and warm climates suitable for their growth.

Virginias are the largest sized peanut variety of this lot. Due to their large size, they are favorable for roasting and salting within the shell. They are also the best, visually speaking among the rest. Hence, these nuts are normally consumed as snacks and are also called “cocktail nuts”, instead of being crushed and used for making peanut butter.  Virginias are mainly grown in Texas, Southeastern Virginia and Northeastern Carolina. In recent years, they are also grown in Florida and Georgia and further west in Oklahoma and New Mexico.

Spanish peanuts only account for 4% of the total peanut production in the US. They are easily recognizable, as they are the smallest variety, and have a reddish-brown skin. They are commonly used to make peanut candies, peanut butter, and peanut oil as they have a high oil content, which is usually extracted for a rich, nutty peanut flavour. Spanish peanuts are grown mainly in Oklahoma and Texas.

Valencia peanuts contain two to three bright red kernels per pod. They are usually roasted and sold with their shells intact. As they are also sweet, boiling is the preferred method to extract their flavour. They are grown primarily in New Mexico and West Texas, however, they have been declining in production, accounting for only 1% of the US peanut supply.

Peanuts are good sources of protein, with 100 grams of peanuts containing 25.8 grams of protein. Protein is needed to build and repair cells, is needed to support red blood cells in the transportation of oxygen and is also required for building muscles, bones and the cartilage of skin, amongst many things.

Peanuts also have low carbohydrate content, with it accounting for only 13-16% of peanut’s weight. This means that peanuts have low glycemic index, since peanuts are low in carbohydrates but are high in healthy fats, protein and fiber. Glycemic index is a measurement of how quickly carbohydrates enter the bloodstream after food. Thus, peanuts are suitable for those with diabetes as they do not cause sugar spikes.

Despite having high amounts of fats, peanuts do not contribute to weight gain, as one would expect. This could be due to feelings of fullness experienced after consuming peanuts and the high amounts of protein and monounsaturated fats in peanuts which may burn calories. It could also be due to the fact that peanuts contain insoluble dietary fiber and hence does not cause weight gain.

Peanuts contain many other vitamins and minerals such as folate, manganese, thiamine, phosphorous, magnesium, vitamin E, niacin, biotin, and copper.

While peanuts contain healthy fats and do not cause spikes in sugar levels, they are ultimately high in calories and hence consuming excessively is always a no-go.