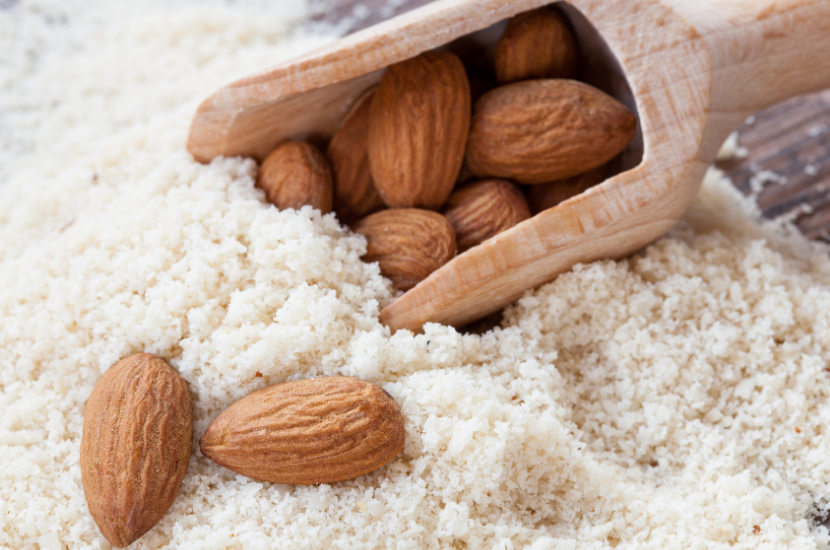 What is almond flour?

Almond flour is an alternative to wheat flour, for people who want to go gluten free. It can be used to make cakes, pancakes, scones cookies and many more. Because it is rich in proteins, has little carbohydrate content and contains healthy fats, it is a popular option for bakers. In addition, it is relatively easy to make and we have included the recipe for you at the end of the article. 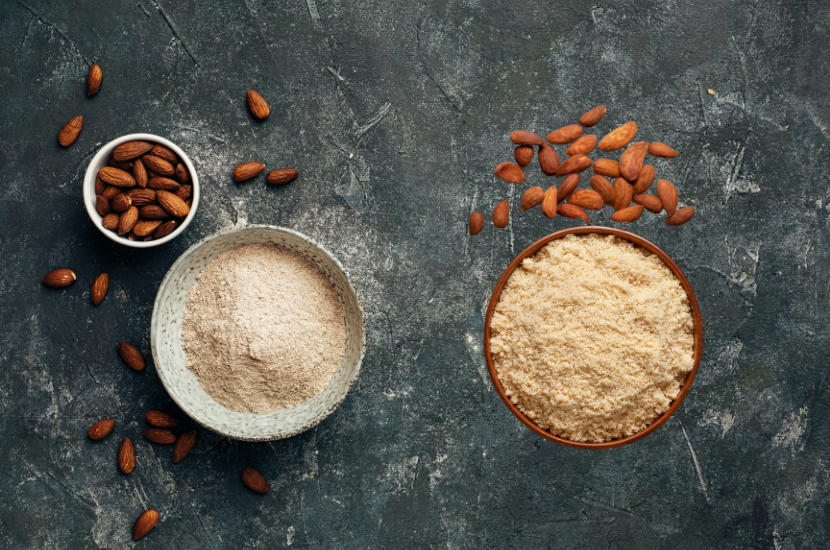 You may have come across the term “almond meal” and may have gotten it confused with “almond flour” before.  The difference is simple. Almond meal is coarser flour and has a rougher texture, while almond flour is finer. This is because almond flour has its skin removed and appears “cleaner” due to it having been submerged in hot water for a short time to remove its impurities (blanching). Almond meal on the other hand, still has its skin on and that is why the flour is rougher and some brown bits can be seen in the flour. Both, however, are essentially made up of an almond base.

As almond flour has a smoother texture, it is usually used to make macarons and cakes which have a more even surface. Almond meal would be a good choice to make cookies, bread, and cake crumbs which have uneven textures and surfaces.

Now, almond flour can be used in a variety of ways. It can be used for making batter for frying poultry and seafood like shrimps and fish. What you would need to do is to add in an egg to help the flour stick and fry it with a skillet or a sauté pan. Almond flour can also be used as a topping or a garnishing for your pies, baked pastas, and goulash as it would help to add some texture and crunch. Almond flour can also be used in paleo diets, which are diets consisting of whole foods and the avoidance of processed food.

When almond flour is used in baking, it can replace wheat flour in a 1:1 ratio. However, do note that your final product may appear flatter, heavier and damp as it contains more nutrients and oil. Since it lacks gluten, which is a raising agent that enlarges the dough by trapping air, it cannot rise as nicely as dough made with wheat flour. Hence, to tackle this you may use arrowroot flour to provide structure to your bakes. Eggs are also an important ingredient to help provide structure. Coconut flour can be added to remove the moisture and firm up your dough. Try as much as possible to grind the flour as fine as you can, so that it can be raised firmly. You can use almond flour to bake cookies, scones, waffles, muffins, bread, and brownies.

Here is a simple way of making almond flour at home. 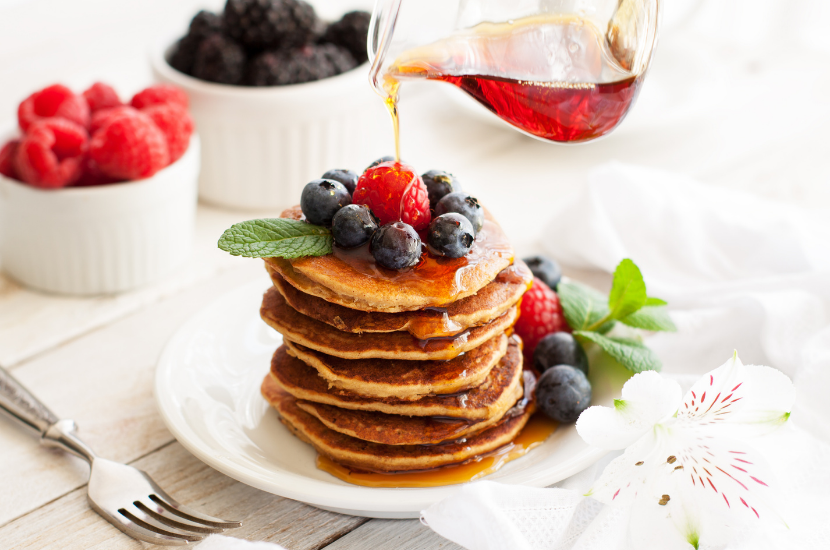 Here is a delicious breakfast recipe for those that are on a wheat-free diet.

Note: If you want it diary free, you can replace ghee with coconut oil.

We have raw almonds

If you would like to bake using flour of a healthier option, why not try out almond flour? We have seen that almond flour is gluten-free and is high in vitamin E and magnesium. This helps to maintain one’s blood sugar levels and is beneficial for people with type 2 diabetes. Furthermore, almond flour is easy to make, as seen from our simple recipe and it can be used as batter for meat and as garnishing to create a little texture to your dishes. Check out our raw and roasted almonds here.