What Is Gluten-Free And Is It Really Necessary? 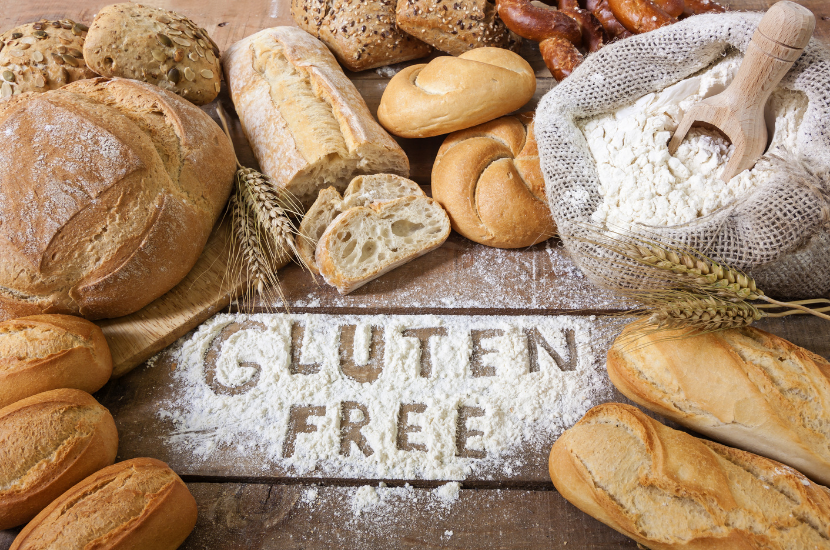 The gluten-free diet proliferation is real. Many a times we keep hearing this buzzword and people using this tag on their social media posts about their gluten-free food, but what is it exactly? Do people really understand why they are going gluten free or are they just doing so for the feel-good factor?

Let us decode it here.

Glutens are proteins found in grains such as wheat, rye, and barley. The most common grain of these three is wheat. Gluten is used in baking for its ability to rise easily due to its sticky nature and elasticity. Because the dough has a stickiness which likens to that of a glue, it is named gluten.

Why do people go gluten-free?

There are three medical conditions for which people go gluten free.  The first is celiac disease. It is the most acute form of gluten intolerance. It occurs because the body’s immune system fights against gluten and damages the intestines in the process. The second condition is non-celiac gluten sensitivity (NCGS). People react negatively to gluten, but it is also possible that this reaction is attributed to other causes and not because of gluten. Lastly, some people may be allergic to wheat, but not the other gluten family (such as rye and barley). However, most just go on a gluten free diet altogether. It is advisable to always consult your doctor for the right treatment and diagnosis.

There is also another group of people who go gluten free not because of medical reasons. They may be dropping gluten because they want to feel healthier or think that they can lose weight or increase their energy levels. However, gluten may not be the sole reason for them feeling this way. It could be because they have cut down on processed food containing gluten, in which processed food contains lots of calories, sugar and unhealthy fats. Furthermore, people may replace gluten food with healthier foods such as vegetables and fruits, which could be the cause of them feeling better. Hence, going gluten free to feel healthier may not be justified. The truth is that avoiding gluten is not necessary as there is nothing inherently harmful for health in gluten. However, if you chose to go gluten-free, it is safe to do so as well. Just ensure that you do not lose out on nutrients such as vitamin B and fiber. You should search for other sources of fiber from beans, quinoa, brown rice, millet, fruits, and vegetables.

Plain nuts do not contain gluten, but flavoured ones or those coated with batter may have used wheat flour. Do check the ingredients list for a foolproof way of checking if they are truly gluten free. Our nuts may contain traces of gluten, but you may still consume them for their other health benefits listed below. 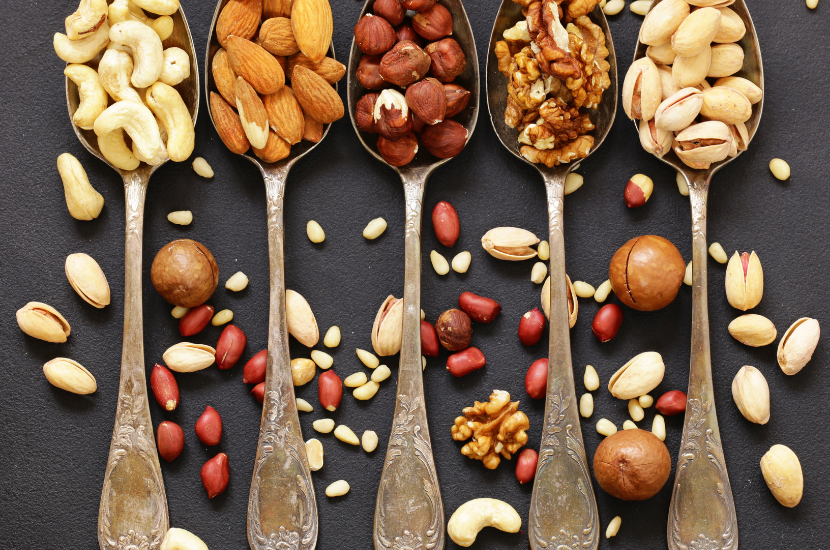 They are good sources of fiber, containing 3.6 grams of fiber per ounce. They are also rich in vitamin E, which has antioxidant properties that helps to prevent cell damage and promotes heart health while reducing the risk of developing cancer.

They are good sources of fiber, containing 3 grams of fiber for every ounce. They are also rich in unsaturated fats and potassium which reduces the risk of heart illness.

Hazelnuts also contain the same amount of fiber per ounce as pistachios. Fiber is beneficial for gut health and helps to prevent constipation. Hazelnuts contain antioxidants and vitamin E which help to reduce cell damage.

Brazil nuts contain polyunsaturated fats which are healthy fats that can lower the risk of developing heart illness. They also contain selenium and ellagic acid which aid in cognitive function.

Walnuts have a much higher source of omega-3 fats than other nuts, which are beneficial for reducing the risk of developing heart illness. They are also known for being a brain food, reducing inflammation to provide better memory and cognitive ability.

Ultimately, the decision to go gluten free is yours to make. If you are unsure whether you have wheat allergies or an adverse reaction to gluten, you could try out a gluten free diet for a week and observe if these symptoms persist. The safest and best way to find out is by consulting the doctor. One thing known, is that not only do nuts contain lots of nutritional benefits, but they are also gluten free and posts as a healthy alternative to snacks. We hope that you now have a better understanding of the term “gluten-free”.