Raisins – Are They Good For You? 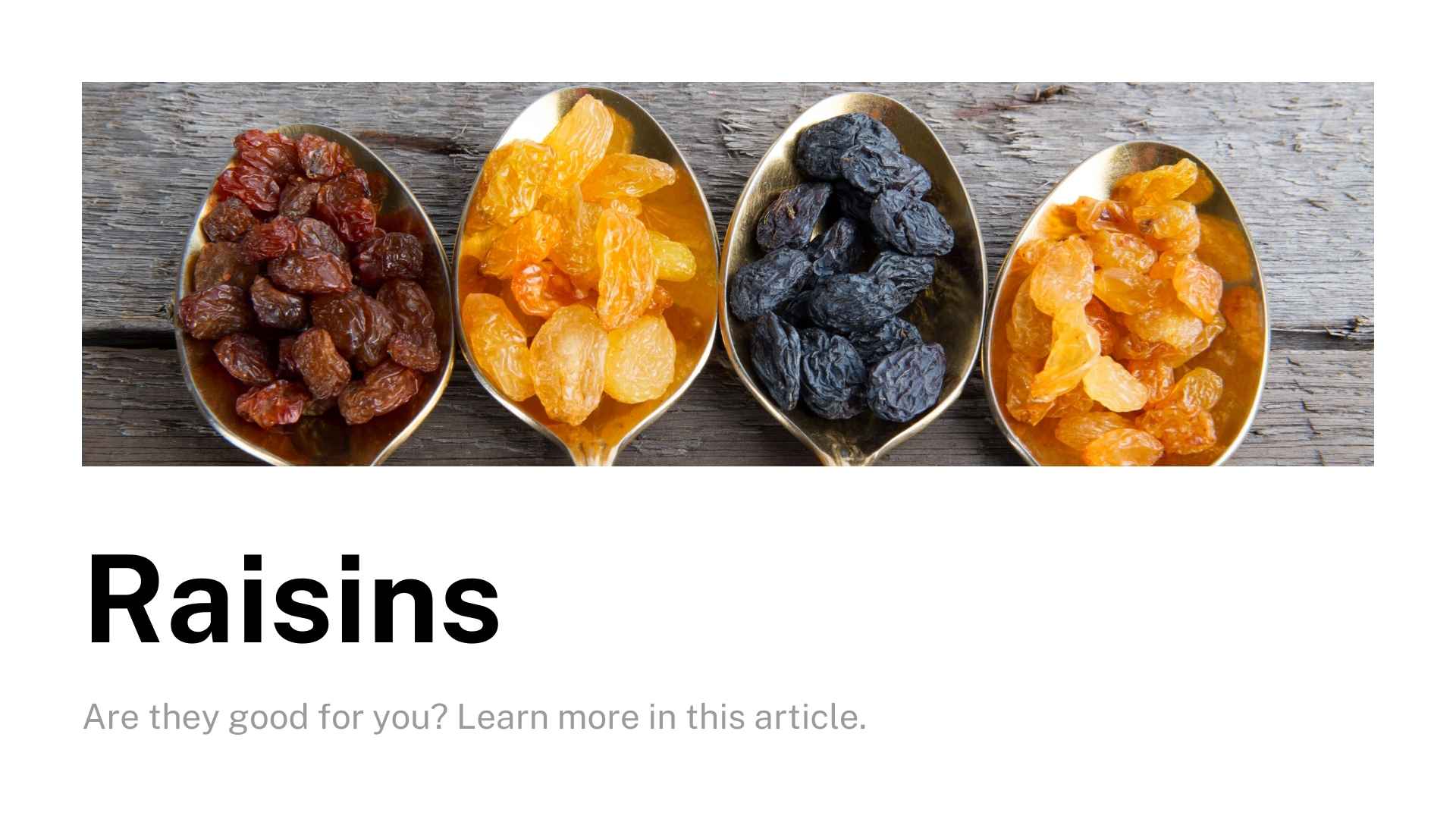 These small, shrivelled fruit may not look like much at first glance, but they do pack a serious punch. Why else would these little snacks be such a popular yet healthy treat? We’ll introduce you to how raisins are produced, the different types of raisins out there and their numerous health benefits. Let’s go! 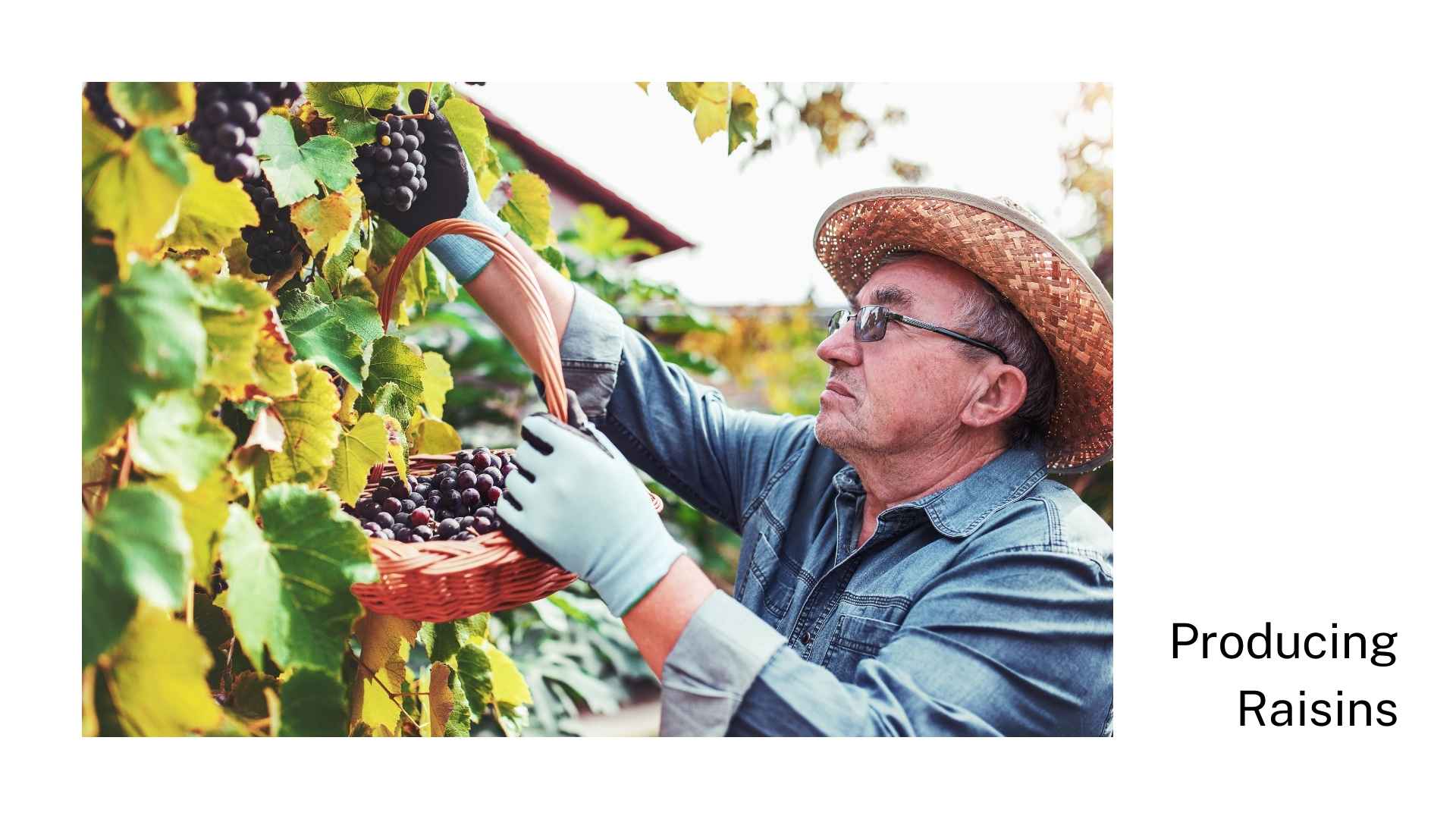 Raisins are made primarily by sun drying several different types of grapes. When raisins are dried, they lose almost ¾ of their original weight. To become a raisin, a grape must ripen early and be easy to dry.

The story of the raisin first begins with the fruit on the vine. Grape farming is a year-round commitment and includes the practices of pruning, irrigation, fertilization, and pest control. After high-quality grapes are produced, they are then harvested in late August. Grapes may be handpicked to ensure freshness and prevent damage. Then, grapes are sorted and placed on trays. Depending on the weather, the grapes are allowed to dry on the trays for two to four weeks. During this time, the moisture content of the grape is reduced from 75% to under 15% and the colour of the fruit changes to a brownish-purple. 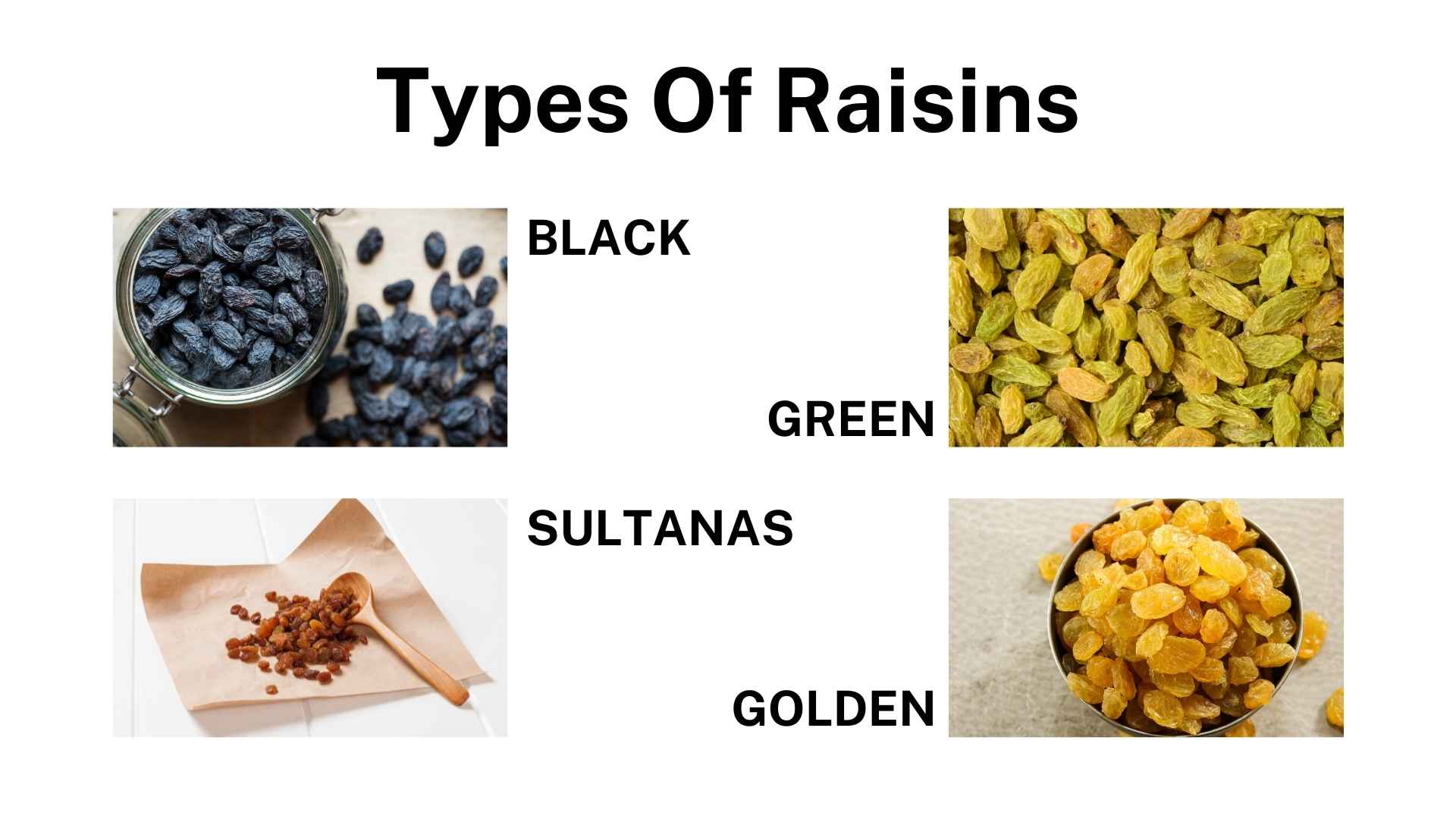 There are many different types of raisins. First and foremost, the most common type of raisin you will find out on the market is black raisin. As the grapes begin to dry out, their vibrant purple colour morphs to become a brown, almost black hue. The higher the heat and the more direct the sunlight used to dry out the raisins, the more caramelized the flavour of the raisins. Additionally, they must have a soft texture, not stick together when stored, have no seeds, and have a pleasing flavour.

Next up, we have sultanas. Originally named after a Turkish green grape, it now refers to dark-brown or reddish-amber grapes produced from Thompson Seedless Grapes. Black raisins are usually equal in size but have a slightly tangier taste.

Green raisins are another common variety. They are typically slimmer than black raisins and sultanas. They are originated and produced across the Middle East and Central Asia. Slightly dense and chewy, with a light tartness reminiscent of green grapes.

Lastly, golden raisins. Similar to natural seedless raisins, these are also obtained from Thompson or golden Seedless grapes but are oven-dried to avoid the darkening impact of sunlight. They are fruity and tangy, with less caramel or toffee flavour traits than black raisins. 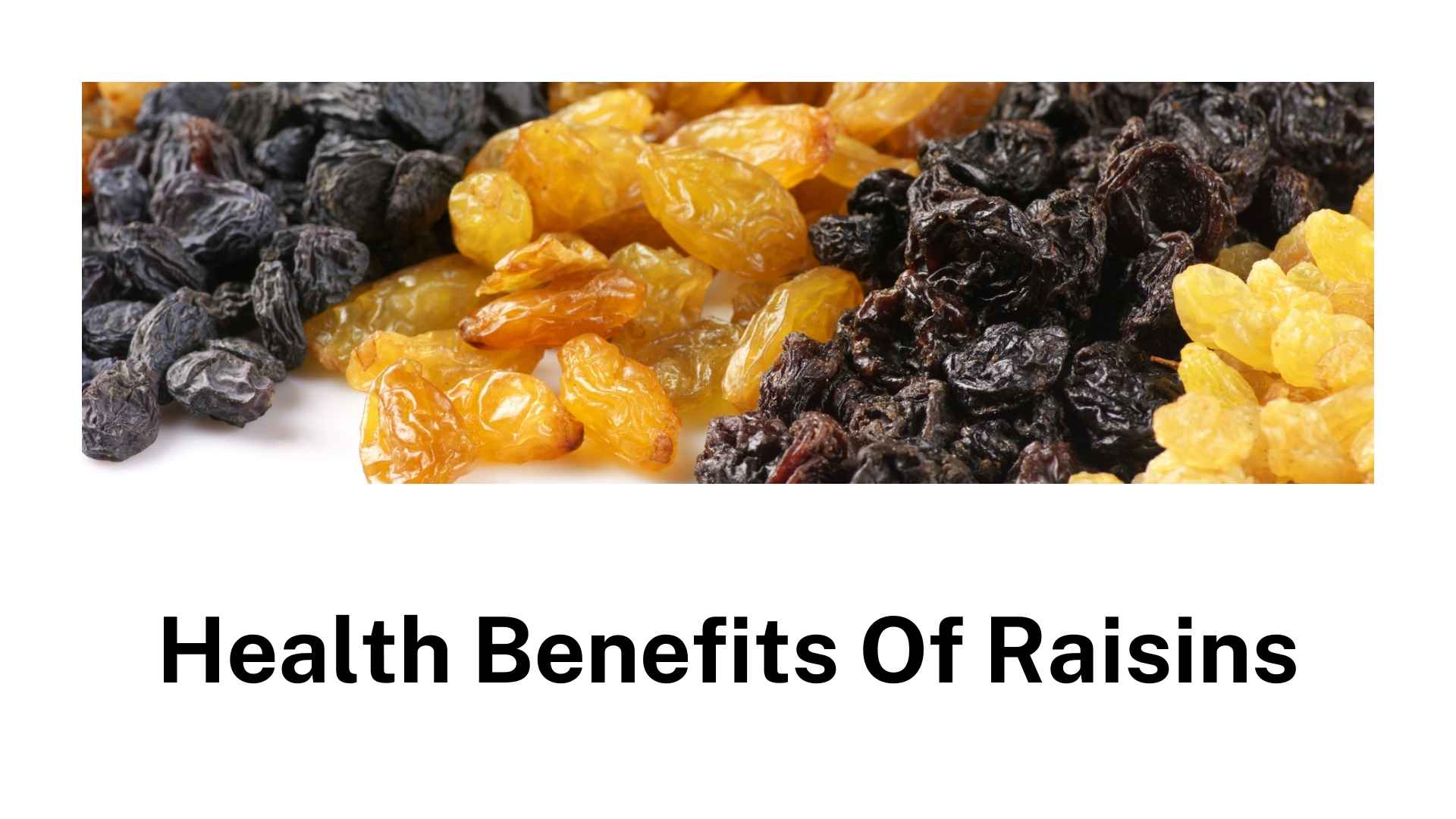 Now that we know what types of raisins are out there, let us learn a little more about the health benefits of raisins.

Raisins can lower the risk of heart disease by reducing one’s blood pressure and blood sugar. The fibre in raisins works to lower your LDL (bad) cholesterol, which reduces strain on your heart. As a bonus, fibre can also help to ease constipation. Raisins are also a good source of potassium. Studies have found that low potassium levels contribute to high blood pressure, heart disease, and stroke.

Once again, raisins save the day with the number of antioxidants that it contains. Raisins are a wonderful source of naturally occurring antioxidants, such as phenols and polyphenols. Antioxidants help to remove free radicals from the blood and body that can severely damage DNA and cells. This damage can eventually lead to diseases such as cancer, heart disease and stroke. Ensure that your body receives enough antioxidants daily to prevent such diseases.

Why are antioxidants good for you?

Like many other dried fruits, raisins also contain vast amounts of fibre, must more than their fresh counterparts. Raisins are a good source of soluble fibre, which aids our digestion and reduces stomach issues. Raisins also contain tartaric acid. Research shows this protein may have anti-inflammatory properties, improve intestinal function, and help regulate the balance of bacteria in your gut. One study found it may also act to reduce the risk of colorectal cancer.

The phenols present in raisins not only help to reduce cell damage but can also protect your eyes as well. As light enters your eyes, free radicals may begin to attack the cells in your eyes, which can, in turn, cause cataracts or macular degeneration. Including raisins and other foods high in polyphenols can help to protect the eyes from such damage.

Raisins Are An Absolute Must Have!

We hope this article has shown you that raisins are an absolute must-have in your home pantry. Interested? Purchase some of our raisins and give these recipes down below a try!