Magnificent Mooncakes! The History And Recipes 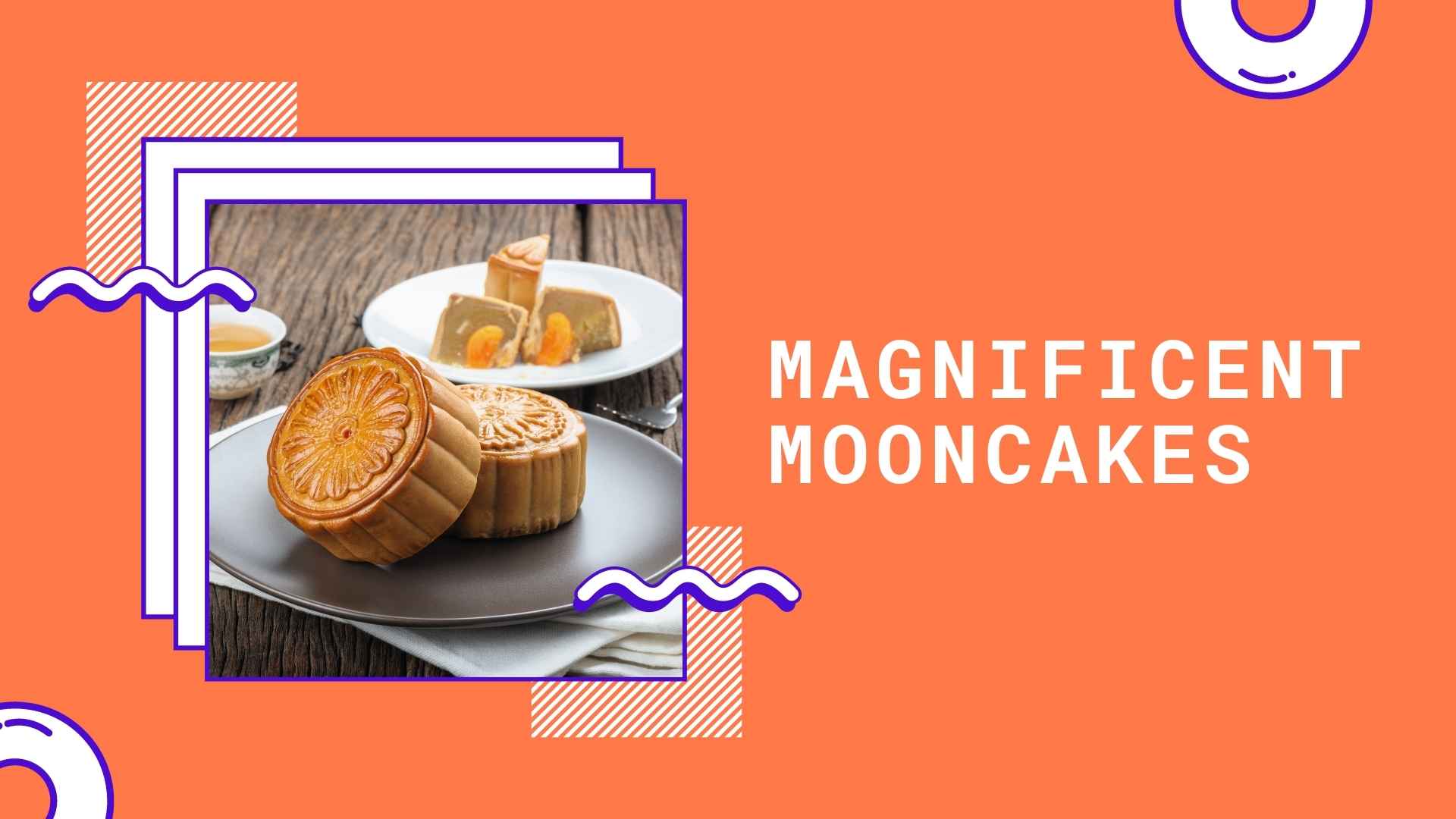 The mooncake is a curious little pastry, about the size of one’s palm with a gorgeous brown sheen. Small but packed with flavour, the mooncake is an extremely wonderful food. This article introduces you to the history of the mooncake and the Mid-Autumn Festival. Read on to discover a recipe that guides you through the process of making your own mooncake as well!

A mooncake is a Chinese bakery product traditionally eaten during the Mid-Autumn Festival. Made from a sweet, dense pastry, mooncakes are filled with a delicious red bean, sesame, or lotus seed paste, and topped with an intricate pattern symbolizing good-luck sentiments like ‘longevity’ or ‘harmony’. Inside, to represent the full moon there’ll often be a salted whole duck egg yolk.

The Mid-autumn Festival (or Zhong Qiu Jie in Mandarin), also known as the Mooncake Festival, falls on the 15th day of the eighth lunar month. The festival started more than 2,000 years ago as a post-autumn harvest celebration, which was devoted to thanking the gods. There are many origin stories behind the association of the full moon with the festival, the most popular one being that of Hou Yi and Chang-E.

Hou Yi – an archer and member of the Imperial Guard – was said to have saved the earth from scorching when he shot down nine of the 10 suns circling the planet. As a reward, he was chosen by the people to be their king but he later became tyrannical. In his possession was the elixir of life, but Chang-E, his wife, stole the elixir and drank it. Chang-E then ascended to the moon and became the Moon Goddess. Hou Yi, on the other hand, was given a cake by the Queen Mother of the Western Paradise (Xi Wang Mu). Upon eating the cake, he was able to withstand heat and was sent to the sun. With a special talisman he was able to visit Chang-E on the 15th of every month, during the full moon. In another version of the tale, Hou Yi placed the elixir in Chang-E’s care. His disciple, Feng Meng, tried to force Chang-E to give it to him. To prevent this, Chang-E swallowed the elixir, and was separated from Hou Yi forever.

The Recipe For A Savoury Mooncake

[no additional ingredients needed for this step]